(And its all Free Stuff )

People outside may also find this guide useful

The Meaning of the Name

Q. Theosophy and its doctrines are often referred to as a newfangled religion.

Is it a religion?

A. It is not. Theosophy is Divine Knowledge or Science.

Q. What is the real meaning of the term?

A. "Divine Wisdom," (Theosophia) or Wisdom of the gods, as (theogonia), genealogy of the gods. The word 'theos' means a god in Greek, one of the divine beings, certainly not "God" in the sense attached in our day to the term.

Therefore, it is not "Wisdom of God," as translated by some, but Divine Wisdom such as that possessed by the gods. The term is many thousand years old.

Q. What is the origin of the name?

A. It comes to us from the Alexandrian philosophers, called lovers of truth,

Philaletheians, from (phil) "loving," and (aletheia) "truth." The name Theosophy dates from the third century of our era, and began with Ammonius Saccas and his disciples, also called Analogeticists, who started the Eclectic Theosophical

As explained by Professor Wilder, they were called so because of their practice of interpreting all sacred legends and narratives, myths and mysteries, by a rule or principle of analogy and correspondence: so that events which were

related as having occurred in the external world were regarded as expressing operations and experiences of the human soul. They were also denominated Neo-Platonists. Though Theosophy, or the Eclectic Theosophical system, is generally attributed to the third century, yet, if Diogenes Laërtius is to be credited, its origin is much earlier, as he attributed the system to an Egyptian

priest, Pot-Amun, who lived in the early days of the Ptolemaic dynasty. The same author tells us that the name is Coptic, and signifies one consecrated to Amun, the God of Wisdom. Theosophy is the equivalent of Brahma-Vidya , divine knowledge.

Q. What was the object of this system?

A. First of all to inculcate certain great moral truths upon its disciples, and all those who were "lovers of the truth." Hence the motto adopted by the Theosophical Society: "There is no religion higher than truth."Eclectic Theosophy was divided under three heads:

1. Belief in one absolute, incomprehensible and supreme Deity, or infinite essence, which is the root of all nature, and of all that is, visible and

2. Belief in man's eternal immortal nature, because, being a radiation of the Universal Soul, it is of an identical essence with it.

The term is very old, but, as it belongs to the vocabulary of the mysteries, was not in popular use. It was a mystic belief-practically proven by initiated adepts and priests-that, by making oneself as pure as the incorporeal beings-i.e., by returning to one's pristine purity of nature-man could move the gods to impart to him Divine mysteries, and even cause them to become occasionally visible, either subjectively or objectively. It was the

transcendental aspect of what is now called Spiritualism; but having been abused and misconceived by the populace, it had come to be regarded by some as necromancy, and was generally forbidden. A travestied practice of the theurgy of Iamblichus lingers still in the ceremonial magic of some modern Cabalists.

Modern Theosophy avoids and rejects both these kinds of magic and "necromancy" as being very dangerous. Real divine theurgy requires an almost superhuman purity and holiness of life; otherwise it degenerates into mediumship or black magic. The immediate disciples of Ammonius Saccas, who was called Theodidaktos, "god-taught"-such as Plotinus and his follower Porphyry-rejected theurgy at first, but were finally reconciled to it through Iamblichus, who wrote a work to that effect entitled De Mysteriis, under the name of his own master, a famous Egyptian priest called Abammon. Ammonius Saccas was the son of Christian parents, and, having been repelled by dogmatic Spiritualistic Christianity from his childhood, became a Neo-Platonist, and like J. Boëhme and other great seers and mystics, is said to have had divine wisdom revealed to him in dreams and visions. Hence his name of Theodidaktos. He resolved to reconcile every system of religion, and by demonstrating their identical origin to establish one universal creed based on ethics. His life was so blameless and pure, his learning so profound and vast, that several Church Fathers were his secret disciples. Clemens Alexandrinus speaks very highly of him. Plotinus, the "St. John" of Ammonius, was also a man universally respected and esteemed, and of the most profound learning and integrity. When thirty-nine years of age he accompanied the Roman Emperor Gordian and his army to the East, to be instructed by the sages of Bactria and India. He had a School of Philosophy in Rome. Porphyry, his disciple, whose real name was Malek (a Hellenized Jew), collected all the writings of his master. Porphyry was himself a great author, and gave an allegorical interpretation to some parts of Homer's writings.

The system of meditation the Philaletheians resorted to was ecstasy, a system akin to Indian Yoga practice. What is known of the Eclectic School is due to Origen, Longinus, and Plotinus, the immediate disciples of Ammonius.

The chief aim of the Founders of the Eclectic Theosophical School was one of the three objects of its modern successor, the Theosophical Society, namely, to reconcile all religions, sects, and nations under a common system of ethics, based on eternal verities.

Q. What have you to show that this is not an impossible dream; and that all the world's religions are based on the one and the same truth?

A. Their comparative study and analysis. The "Wisdom-Religion" was one in antiquity; and the sameness of primitive religious philosophy is proven to us by the identical doctrines taught to the Initiates during the mysteries, an institution once universally diffused.

All the old worships indicate the existence of a single Theosophy anterior to them. The key that is to open one must open all; otherwise it cannot be the right key. 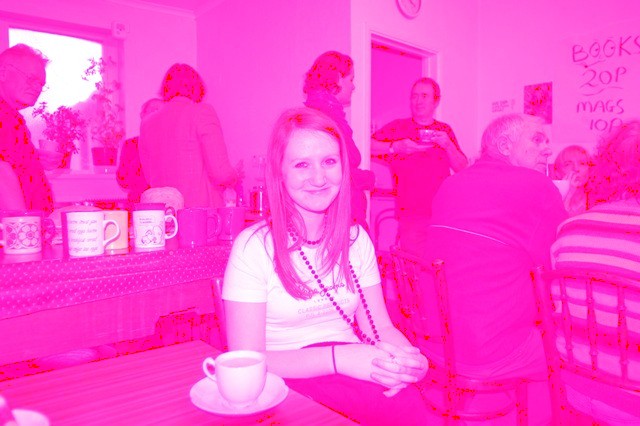 A Text Book of Theosophy By C